The Importance of Place

Like so much in the Boston experience, location plays an important role in the history of the city and in our nation. Our restaurant, Servia, is located on what is now known as State Street, but dating back to 1630, this is where the first Puritan settlers built their homes and it was called King Street in deference to the English monarch. In 1770, the street was the site of the Boston Massacre precipitating a revolution and a new political framework that changed the world. As a result, the street was given the non-royalist name that it retains today.

This area boasts of revolutionary taverns such as the Green Dragon Tavern, dating back to 1654, serving as both a hospital and the headquarters of John Hancock, Sam Adams, Paul Revere and other patriots. This tavern and The Bell in Hand, built by Boston’s last Town Crier in 1795, are still open for business today.

State Street became the maritime and financial center of the city. The Custom House anchors this legacy. The Custom House District was home to two transatlantic shipping lines, including the Cunard Line, which constructed its North American headquarters on State Street. Cunard Building represents the continuous progress of Boston’s ingenuity from masted ships, to coal and then diesel powered shipping. 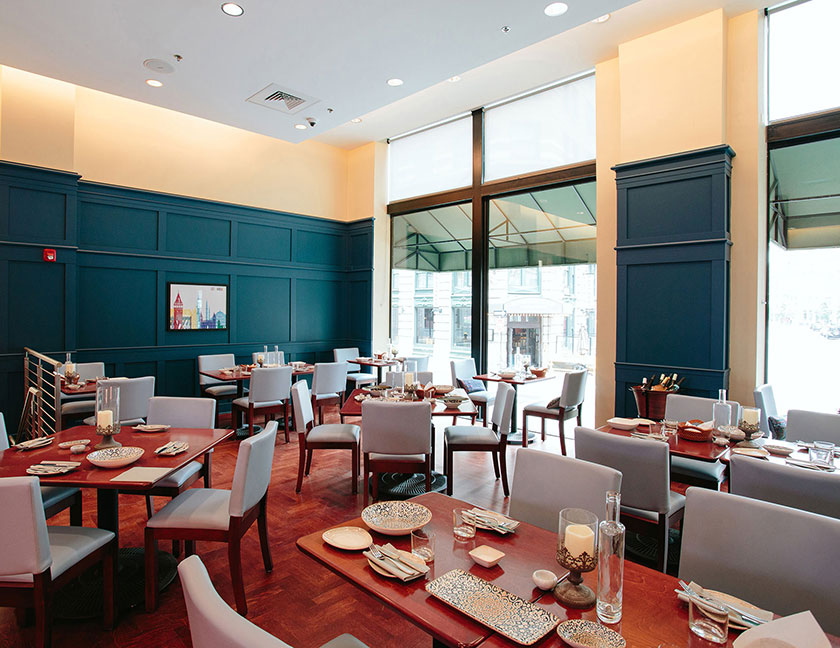 The name “Servia” is a tip of the hat to the Cunard company which gifted the 1878 engineering model of the innovative ship of this name to this building during the company’s 175th Anniversary in 2015. Samuel Cunard had established the first scheduled mail delivery between Europe and North America in 1840, highlighting Boston’s emergence as a city of commercial and cultural significance in the new nation. A twin-funnel liner, Servia had a distinctive appearance and was the second largest liner ever built at the time of her launch. She was Cunard’s first iron-hulled liner and introduced electric lighting. This model adorns the main entrance of the building.

As you depart from this restaurant and start your walk onto State Street, you follow in the steps of those who shaped this country. John Winthrop, Sam Adams, Paul Revere, Crispus Attucks and so many others walked this byway with passion, purpose and into history.

LUNCH
Tuesday – Saturday from 11am – 3pm